As you may remember, back in January Julie Demaree sent out a notice asking if there was interest in joining a flotilla in the Gulf Islands in September. Well, there definitely was, and this September 9th through the 16th OWSA members chartered 5 sailboats out of San Juan Sailing in Bellingham, Washington to go a flotilla to the Gulf Islands in British Columbia.

The members who chartered (and their sailboats) were:

With crews of 4 to 6 ladies, OWSA made a strong showing. The weather was fine up in BC, reaching the mid 70s most days and light rain only one night. While some days had more mild winds of ups to 10 knots, there were a couple days which saw winds up to 20 knots, which makes even a 40 foot boat feel lively! For sailors used to sailing on the Columbia, the wide open water with its the tidal variations and rip tides around those numerous, intriguing islands is as exciting as it is beautiful. And don't forget the dolphins, seals, sea otters, orcas, herons, herds of wild sheep and various other wildlife to be seen along the way.

While this was not an official OWSA program, the number of OWSA members who participated indicates sufficient interest to move forward with OWSAs new cruising program. In September, women organized into study groups for earning skipper bareboat certification with the expectation that sufficient skippers will allow OWSA members to participate in a flotilla each year. 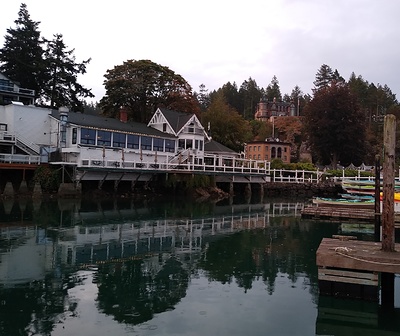 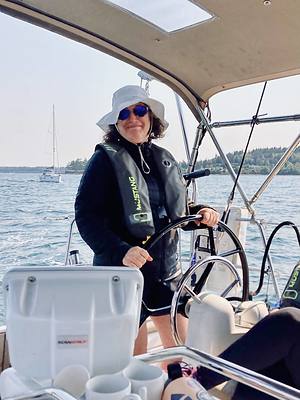 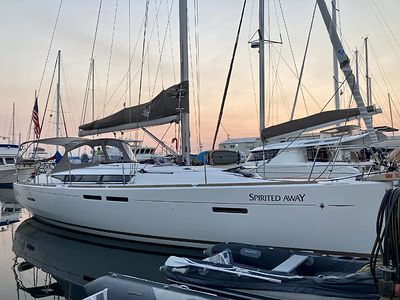